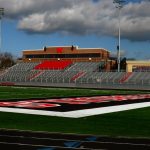 Former Muscle Shoals standout Levi Fell was recently named to the Don Hansen Division II All-American team as a defensive back while leading the University of North Alabama to the NCAA Division II national championship game. Fell, a defensive back, finished his career at UNA with 128 total tackles, nine interceptions and 20 pass breakups. 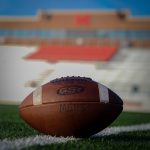 ANNAPOLIS, Md. – The Naval Academy football banquet was held Friday evening at Alumni Hall where several prestigious awards were handed out. Navy finished the 2016 campaign with 9-5 record, won the AAC West Division title, qualified for a bowl game for the 13th time in the last 14 years and the senior class became

Muscle Shoals had four players named to the Alabama Sports Writers Association’s 2016 All-State Football team after the Trojans reached the third round of the state playoffs this season. Braden Galowitch was named to the first team as a punter, while defensive back Jordyn Peters earned second-team honors at defensive back. Linebacker Hunter Oltmer and

DECATUR – Muscle Shoals couldn’t solve its Ogle Stadium woes Friday night. The Trojans found themselves trailing by three touchdowns to rival Austin in the Class 6A state quarterfinals before a late comeback attempt came up short in a 27-21 loss to the Black Bears Friday night. Muscle Shoals finished the season with a 7-6 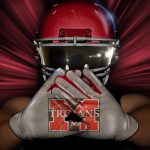 MONTGOMERY — Fourteen unbeaten teams remain advanced through the second round to the quarterfinals of the Alabama High School Athletic Association (AHSAA) State Football Playoffs. Class 7A teams are advancing to the semifinals. This week’s games will be played Friday, November 19. The slate includes 26 games, four each in Classes 1A through 6A,

Multiple Teams · Nov 13 Trojans get revenge in win over Gardendale

MUSCLE SHOALS – For the third time this season, the Muscle Shoals football team will travel to Ogle Stadium in Decatur. Muscle Shoals beat Gardendale 17-13 Friday night at James F. Moore Stadium to set up a rematch with Class 6A, Region 8 champion Austin in the third round of the AHSAA state playoffs. For

No Events This Week

Events are added by athletic staff.
View All Events